A history making performance from Nicole Reist who became the first woman to win the solo category grabbed the headlines and there were stories of heroism and steely resolve dotted throughout start list.

With the team races complete and the first solo rider in, the focus on the final day shifted to the remaining solo riders winching themselves up along the south eastern quadrant of Ireland towards the finish line. 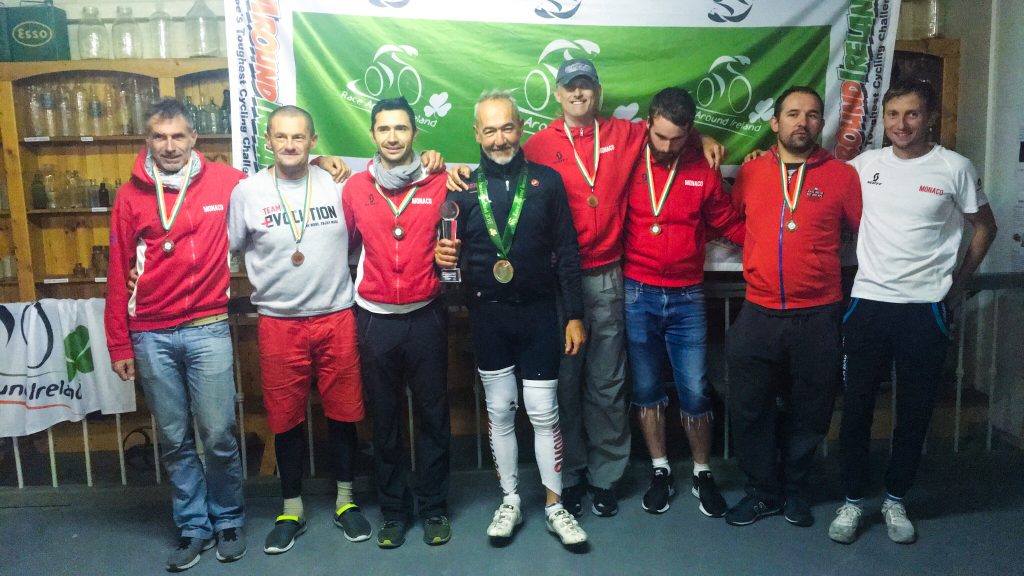 Irrepressible Monegasque Valerio Zamboni won the solo male category in Race Around Ireland for the second time in his career, six years after his first win and despite debilitating lower leg sores that affected him on the fifth and final day.

Zamboni arrived back into Moynalty at 10.48pm on Friday, 125 hours and 45 minutes after he left Trim last Sunday afternoon to be the second solo racer to finish, exactly 14 hours to the mniute after Switzerland’s Nicole Reist.

For all that his progress was slowed on the arduous final tour through Waterford, Wexford, Carlow, Wicklow, Kildare and Meath, Zamboni still had the strength and mental fortitude to pull clear of Iceland’s Erikur Ingi Johannsson and Henk Verouden from the Netherlands on the run back to Moynalty.

Zamboni admitted afterwards that Race Around Ireland is in the very top echelon of ultra-cycling events, the hilly terrain and challenging roads making it so much more than the sum of the bare 2,153km and 53,000m of climbing statistics. “Other races are just about going without sleep. Here there are other things to be concerned with,” he said with a wry smile.

The aircraft dealer has been a passionate supporter of Race Around Ireland and confirmed afterwards that he will be back in Ireland next August for Race Around Ireland 2018. “It’s the tenth edition so I can’t miss that,” he said before joining his hard working crew for a well earned pizza. 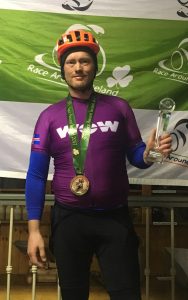 Eiríkur Ingi Jóhannsson was third solo rider home and second male in a time of 128 hours and 13 minutes.

The first Icelandic competitor in Race Around Ireland history undertook his adventure with a relatively tiny crew of three including his mother Sigridur and described the most challenging part of the entire journey as “trying to navigate the course in the final ten kilometres.” 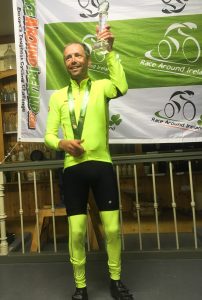 Eirikur paid tribute to the race organisers for their route selection and described the hills around Kerry as his favourite part if the entire Race Around Ireland experience. “It’s a great course. You can tell that a lot of thought went into it. I like the hills, especially going down them and the hills around the south west were really beautiful.”

He suffered with a leg injury for over a day but Henk Verouden completed his RAI2017 odyssey in 129 hours 21minutes. The Dutch rider is third man home and fourth solo racer. The result is a personal victory for Verouden who was forced to pull out of the event last year with debilitating saddle sores.

This year a new saddle meant no such issues but an Achilles problem did slow his progress and, having run second for much of the first three days, the focus of his final 48 hours was solely on making it to the finish line in Moynalty.

Verouden, from Heerlen and based in France, finally completed his five days and nights at 2.45am with just over three hours left before the time cut off for the event.

Still out riding when the time limit was reached were Irishmen Justin Hunter and Pat Doocey, and Spain’s Joaquin Dominguez. The trio were still on their bikes but outside the time cut off to be listed as official finishers.

England’s John Musgrove was on course for a top three finish when he crashed in Kilmore Quay, Wexford with just under 296km to go and almost 2000 kilometres in his legs. Musgrove, from Yorkshire, suffered arm and rib fractures and spent a comfortable night in Wexford Hospital.