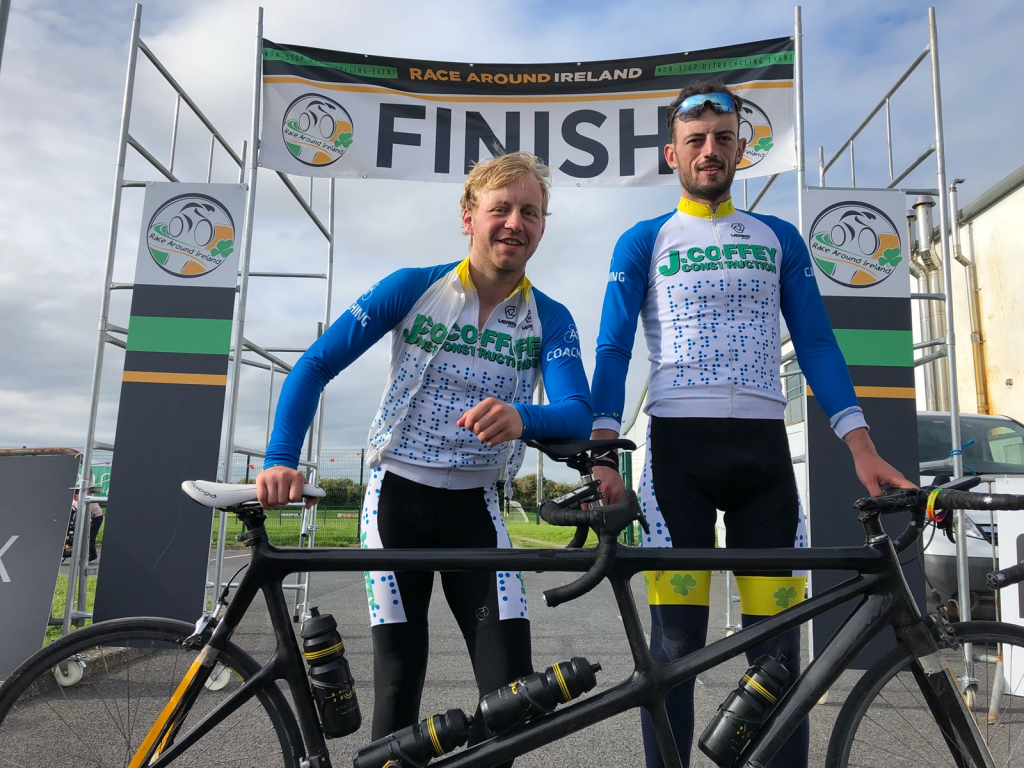 Paralympic tandem duo Peter Ryan and Seán Hahessy have recorded the first ever finish by a tandem pairing in Race Around Ireland history.

The Tipperary duo crossed the line in Trim GAA Club 122 hours and 33 minutes after they left Trim Castle last Sunday evening to complete a challenge many felt was among the most difficult in the arduous world of ultracycling. Ryan and Hahessy recorded an average speed of 17.61kmh for their 2157km odyssey and admitted afterwards that it was an emotional experience on so many levels.

“I’ve welled up about 14 times since last Sunday,” said Ryan, the former Tipperary minor hurler whose partial sight loss as a teenager forced a switch to paracycling.

“This isn’t a race so much as a voyage of discovery and its impossible to compare it to anything else I’ve ever done. I’m so pleased we’ve done it and I’d recommend it to anyone but I’m not sure I’d do it again,” he added.

Hahessy paid tribute to their support crew who took the decision making away from the bike riders.

“As soon as it started to get dark on day one I though, ‘my God, four days to go’ but we paced ourselves and we had a great team around us and we wouldn’t have had a hope of getting around without them.

“They kept us on it the whole time. We just rode the bikes, they were awake way longer and did everything for us.

For Ryan, the highlight was coming through the gate to in Trim GAA, though he mentioned the experience of racing through so many parts of Ireland and the support in every town and village along the way.

Hahessy admitted afterwards that they hadn’t done any special training for the event, relying instead on their exceptional level of conditioning from their season racing UCI World Cups and the World Championships.

That makes their achievement all the more remarkable. Tandem ultracycling is particularly demanding due to the varying levels of fatigue experienced by each rider on the same bike and the extra coordination and understanding required by the team-mates on hills, descents and corners.

For all that, St Patrick’s Hill, Mamore Gap and other arduous ascents were ticked off the list with impressive efficiency. Indeed, it was the lack of sleep that was the most difficult aspect of the challenge.

Ryan on the back of the bike could sense when Hahessy’s concentration would drift and the pair relied on constant communication to maintain focus.

A mechanical problem on the first evening cost them a half an hour and some useful momentum at the outset but the total distance never became overwhelming and by the time they emerged from the mountains in Kerry with more than half the solo bikes behind them it appeared increasingly likely they would make it home to Trim ahead of the time cut.

Their challenge was duly met with almost nine and a half hours to spare and they could reflect on that achievement and the small matter of their fundraising activities for two families local to Ryan in Tipperary who are undergoing their own challenging experiences.

More than €50,000 has been raised by their efforts for the dorangleesonfund.ie and that total is set to rise following their inspiring efforts to highlight a worthy cause. For Ryan and Hahessy, they can return to the day job of preparing for next season having learned a little more about themselves and what they’re capable of achieving. 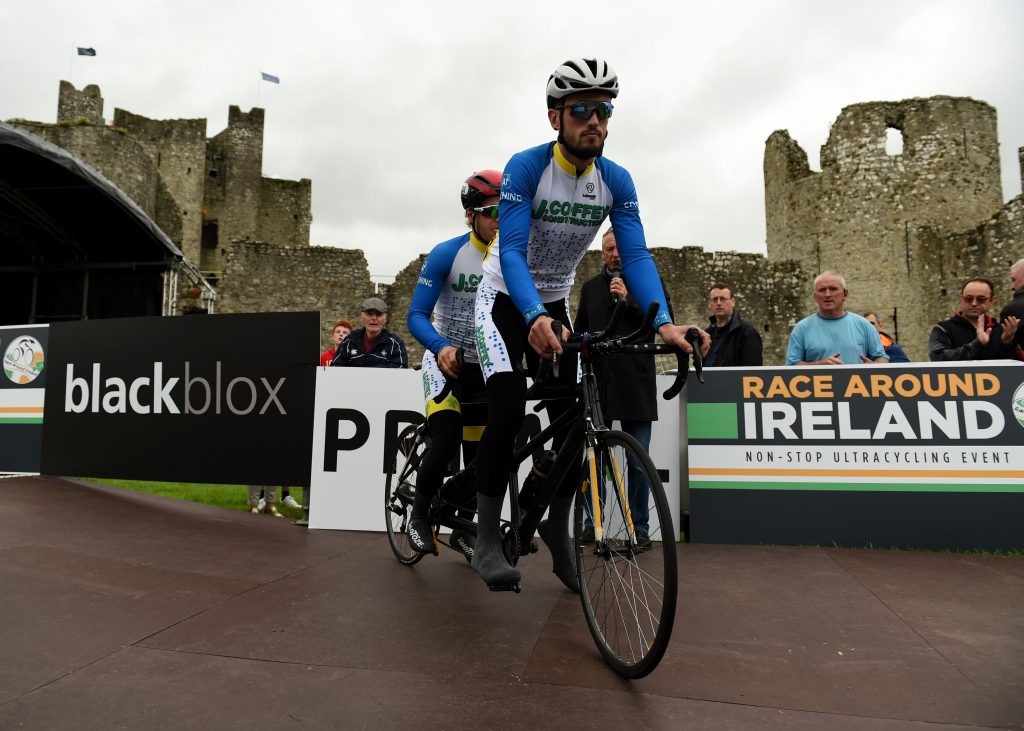