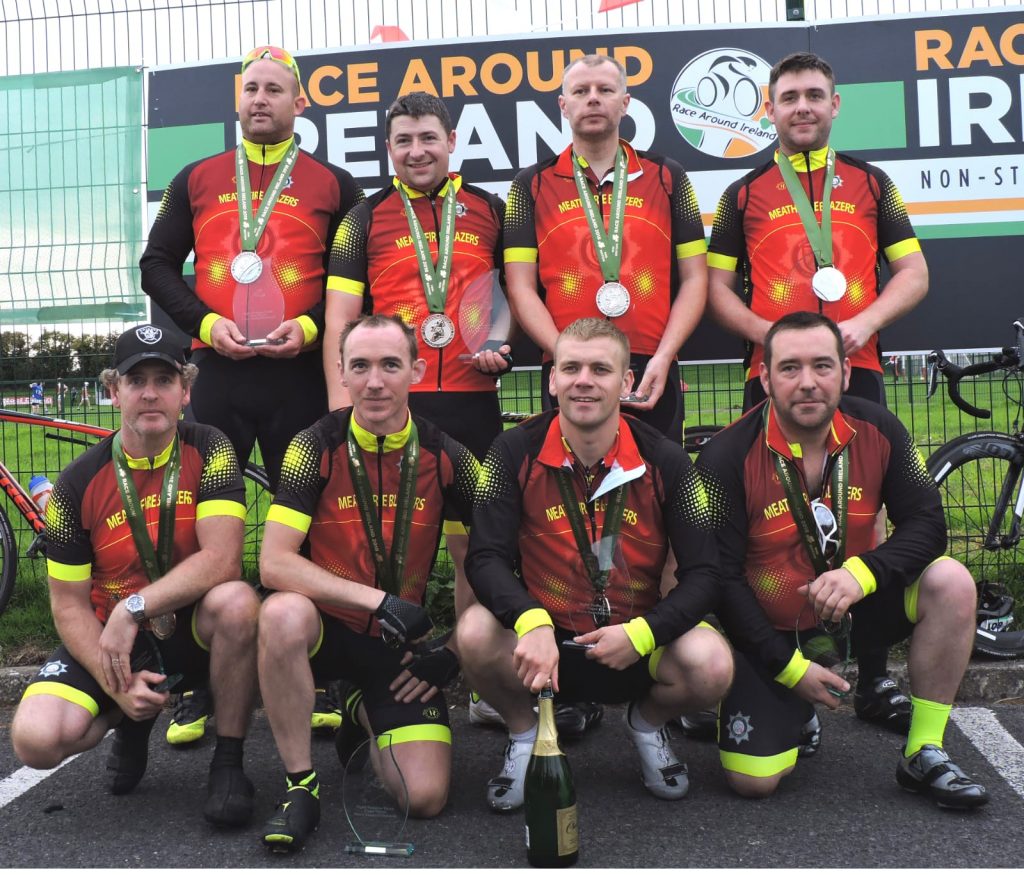 Meath Fire Blazers have certainly scorched a trail around Ireland this week and they have completed their 1175km Race Around Ireland odyssey in a time of 77 hours 5 minutes (unofficial) to win the eight-rider team classification.

The octet have relayed throughout in a relentless tour of the island racing across the toughest terrain in European ultracycling and in some of the most inclement weather seen at the event in its history.

Meath Fire Blazers have led throughout and drew inexorably clear of their nearest opponents Team Spokes Women as the kilometres wound down. Reaching Trim GAA Club to conclude their successful bid for honours, the locally-based team had over 100kms in hand over the second-placed team.