Barr Prevails in Race Around Ireland War of Attrition 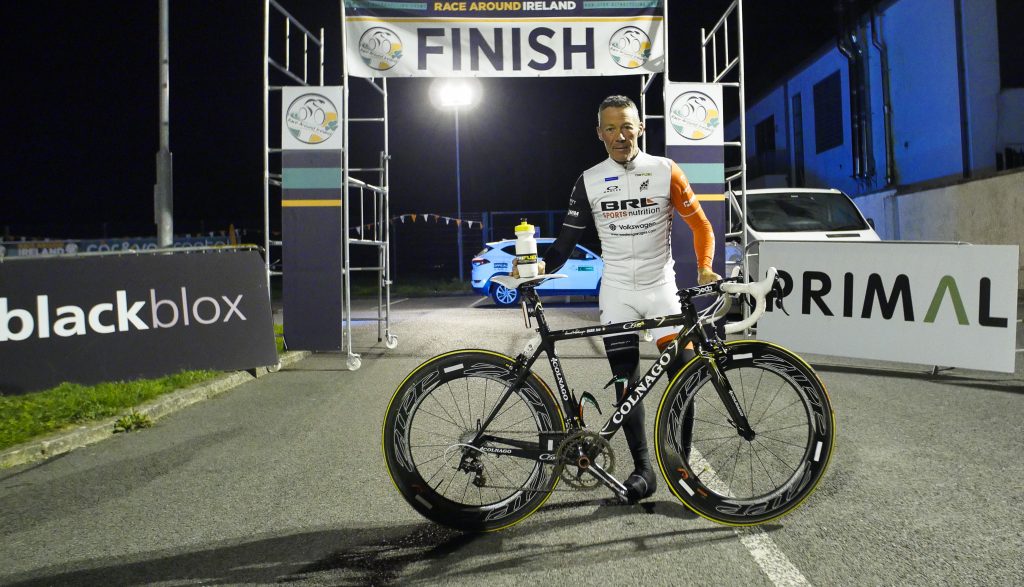 Teak tough roadman Joe Barr has made it a victorious return to Race Around Ireland to win the 10th edition of Ireland’s toughest sporting challenge.

Gracing the event for the first time since his victory in the inaugural event in 2009 Barr was rarely headed throughout his 2157kms near-non stop bike ride around the circumference of Ireland.

It was far from a promenade for the Donegal rider, though, as he faced down the twin challenges of a race long onslaught from Czech star Svaťa Božák and one of the most demanding courses in the extreme world of ultracycling.

Describing it as one of the “most aggressive races” in his time in ultracycling, Barr arrived home to Trim at 12.39am after 104 hours and three minutes to clinch his second RAI title and the undisputed title of the King of Irish ultracycling.

“That wasn’t easy,” said 59-year-old Barr. “It’s great to come back here. Before I started I said I wanted to do a really good ride. because I sort of knew it might be my last time here so to win it a second time and to have to race all the way is more important.”

Barr described the race as the most aggressively contested he has encountered in his ultracyling career. Barr caught and passed Božák, a sixth-place finisher in the fabled Race Across America, early on but the Czech refused to capitulate and forced Barr to sustain a pace that neither found comfortable.

“It’s a different race, it’s a professional race. When we came here in 2009 the sport was just starting. Look what’s been achieved.

“I think this may be my last solo in Ireland and when we do Race Across America next year I think that might be my last solo. I’ve raced for 45 years, every year so it’s time.”

“I really enjoyed the climbs and thank you to Race Around Ireland for the prizes,” he added, having scooped both special intermediate prizes, the Joe Roche Award and the Ciarán Smith Award for fastest times through special sections.

There were few crisis moments but Barr singled out the mountains and the bad weather in Kerry for special mention. “When I came here, climbing big hills was what I do best so I pushed on all the hills but Ballaghisheen nearly got me. I pushed hard and halfway up I nearly blew’” he admitted.

Barr’s average speed for the 2157kms was 20.74kmh, including the few rest stoppages the seasoned ultracyclist allowed himself during his winning ride during which he spent more than 22hours a day in the saddle.

The wiry climbing specialist admitted hat he had less difficulty with the myriad drags and mountains along the way than he did with the debilitating effects of sleep deprivation which he and his crew managed with typical efficiency.

He slept for less than three and a half hours during the four days, eight hours and three minutes he was out on the road and revealed that it was the least amount of sleep he had ever taken in an ultracycling event.

Barr’s winning average speed was a full km/h per hour faster than he managed during his 2009 winning assault despite driving wind and rain in Donegal which sapped the will of many of his adversaries.

In the end he reached the finish line at Trim GAA Club while Božák was still two hours from home, though the groundwork for his victory was laid with a searing burst of speed on the first night.

Seeing that his rival had stopped at a time check in Coleraine, Barr spotted an opportunity to put some distance between himself and Božák and the battle lines were drawn for a four-day scrap.

The former professional road racer has carved quite a niche for himself since he won Race Around Ireland in 2009, a first foray into ultracycling which spawned a second cycle racing career.

His initial motivation to get involved in Race Around Ireland in 2009 was to raise funds for his infant son’s cancer treatment. Now ten years of age, Ross was on the startline in Trim last Sunday to send his father on another ultracycling adventure.

It’s a branch of the sport Joe has said has changed his outlook on life and since that first outing he has ridden most of the world’s top events, usually as part of the elite group of riders challenging for honours, and his typical attention to detail was in evidence in every part of the logistical tour de force presented by his seven-strong support crew. 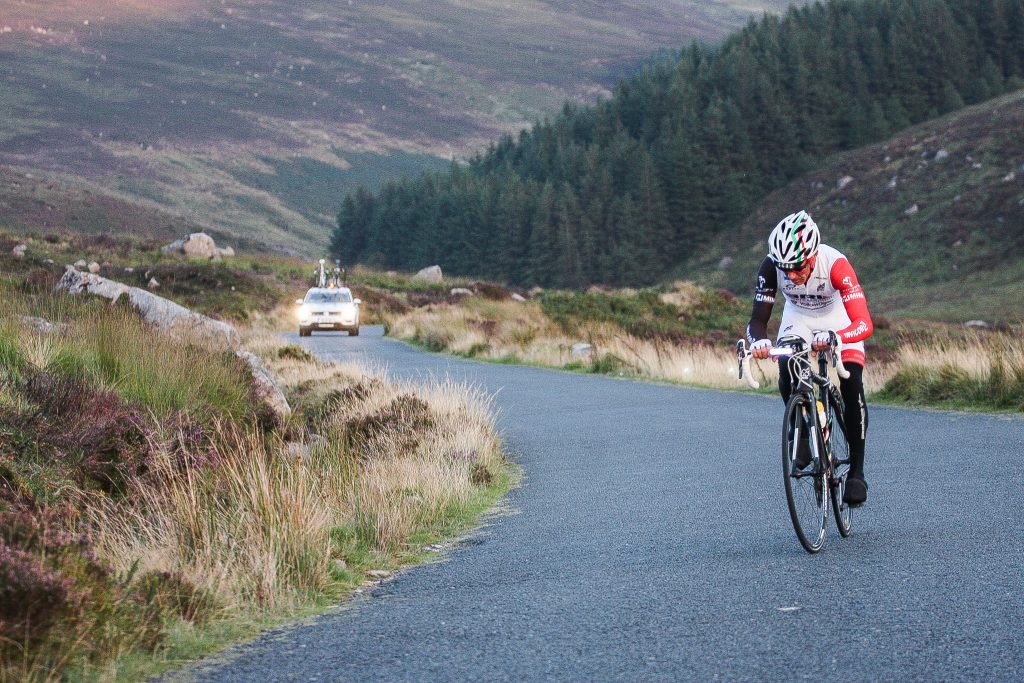