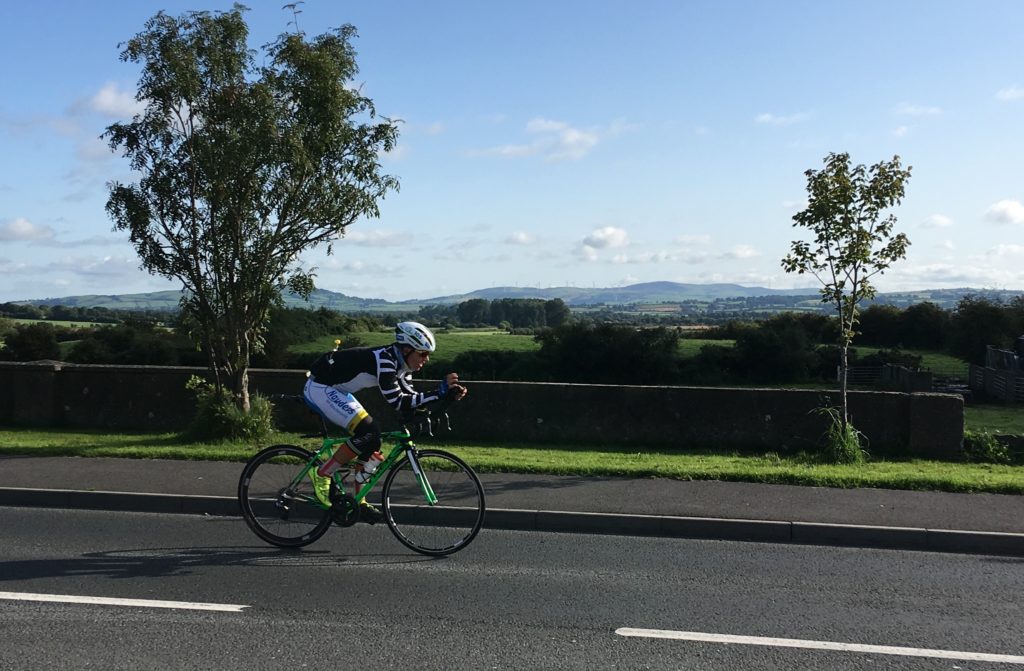 With over a day in their legs, Pierre Bischoff and Philip Culbert were engaged in a terrific battle for solo race honours in Race Around Ireland 2019.

Having rarely been more than 10km apart, Germany’s Bischoff had prised open a gap of around 30km over his Dublin rival as they raced through Mayo with just over 700km of the 2150km race total in their legs.

Bischoff, the 2016 Race Across America winner and pre-event favourite, was showing no ill-effects from the collarbone break he suffered recently, though his advantage remains precariously thin and less than a single sleep-break ahead of Irish Ultra Champion Culbert.

The first prize of the week has already been decided in favour of Bischoff who was fastest through Section 4 between TS03 Coleraine and TS04 Malin Head to win the Joe Roche Award.

The sole solo woman rider Aoife Henry was riding strongly in the middle of a busy group of riders racing through County Sligo as darkness fell on Monday evening.

In the two-person category, Whiteriver Wheelers continue their relentless progress and riding through County Galway are well clear of a great battle for second between the Wombats, Tyrconnell Wheelers and The Beech Boys.

The four-person category is still being led by Velo Club Balrothery who hold a comfortable lead over Team Recycled heading for Ballyvaghan as their nearest rivals exited Galway City.

Approaching half distance for the first squad on the road, H8 Lawlors are still ahead of record schedule in the eight-person fight, though the daunting mountains in Kerry beckon which could offer Carn Wheelers an opportunity to close the 50km gap.