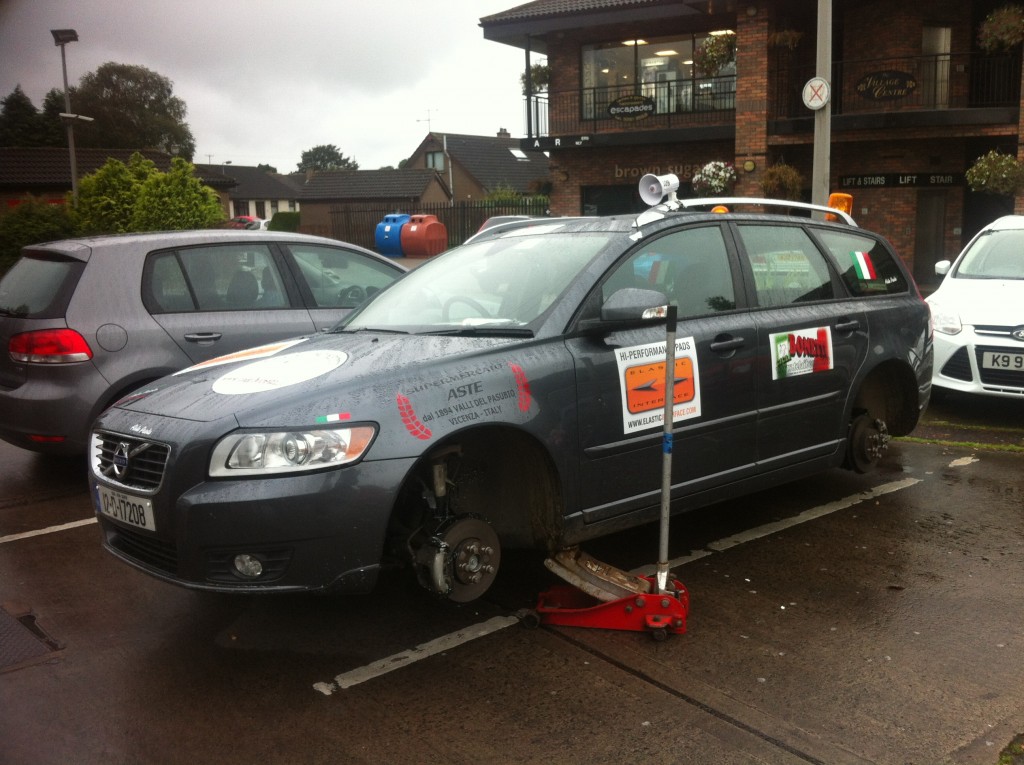 In order to get a solo racer or a team around the country during the race, there is a massive amount of preparation and planning involved. It should also be remembered that there are 5 to 10 crew members to take into account. If we look at the example of an 8-person team. They may have 10 crew, which leaves a total of 18 people and they may also be using 4 cars and a campervan. And remember with a relay team, they are moving all the time. There is always somebody on the road cycling (or at least there should be!). The racers will generally be split into two teams of 4, which means that 4 are rotating out on the road while the other 4 are resting and eating. The crew will also be swapping. This means that people are sleeping and resting at all times of the day and night and people are looking for food at all hours of the day and night. All of this while following the route, or getting to the next rendezvous point, remembering to keep the vehicles fueled, and maintaining a good race strategy because after all, this is a race! Having tried and tested sleep plans and meal plans can go a long way towards a successful race. After all if people get over-tired or hungry, things can start to go pear-shaped very quickly. Organisation of kit and supplies are essential to be able to deal with problems quickly. While solo racers and their crews have the same issues to deal with albeit on a smaller scale, the logistics involved with the team race are really what makes it unique in its own right. The organisation and planning which are needed, make the event a perfect team building exercise and this is reflected in the amount of corporate teams which are now taking part in these types of races. Having said all that, all the planning in the world is sometimes not and crews are often faced with logistical nightmares as is demonstrated in picture. In 2012 Paolo Aste’s follow vehicle suffered a double puncture on the first night. While this could have been a potentially disastrous blow to his race, he made his way through the field to complete the race in 4th place. Anything can happen in a race like this so there is a definite need to be prepared for the unexpected.