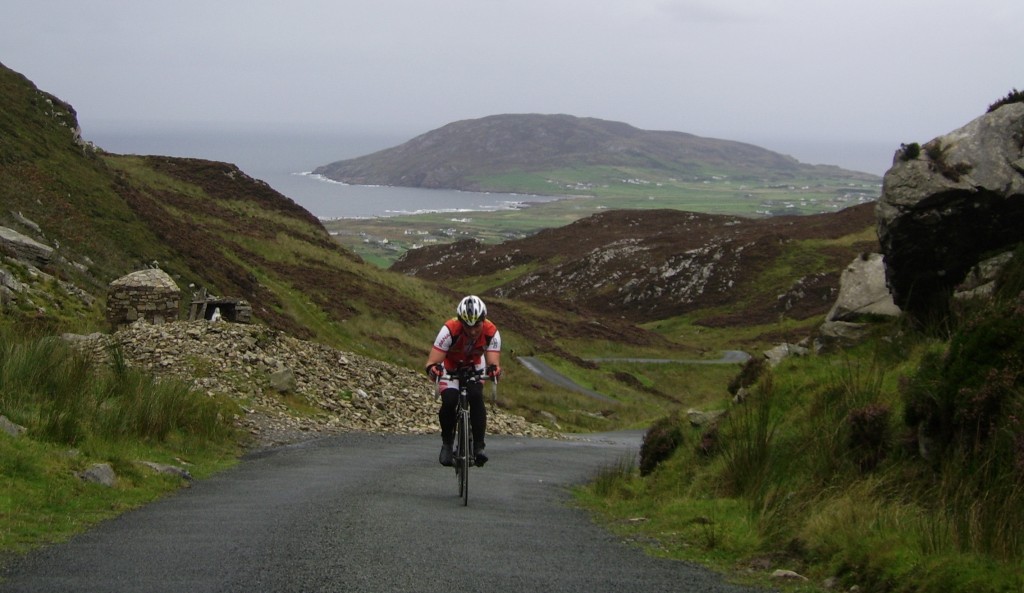 H is for Hills. There’s no point trying to sugar-coat it, Ireland is a country of hills and the Race Around Ireland is a race of hills. The island of Ireland could be viewed as being bowl shaped, meaning, in the centre the land is generally flat, while around the edges the land rises up before meeting the sea. When selecting the route for the race we look at many different aspects, particularly in relation to hills. It has been suggested in the past that we go out of our way to include hills! However this is not the case. Some are in the route as they are legendary in Irish cycling, some are added as they offer spectacular scenery, and some are added as they are the most direct route. Having said all that however, the hills in Race Around Ireland pale in comparison to the brutes in Race Across America or Race Around Austria. The hills in Ireland are generally quite short, but what they make up for in length, they more than make up for in steepness, road condition and the annoying habit of changing gradient quite regularly. This last point in particular can make it very difficult for a racer to find a good rhythm on a climb.

The longest climb of the race is the ascent of Coomakista on the Ring of Kerry, which is 6.7km long but with a steady and relatively gentle grade of 3.1%. The descent off this climb offers one of the most amazing views in Ireland. There are many shorter climbs which have brutal gradients of up to 25%. We have selected many climbs along the route for special mention in the routebook. The starting points, finishing points, average gradients and maximum gradients have all been highlighted. These climbs are viewable as interactive 3D graphs and HD videos on the route section pages of the website. Keep an eye out for the updates of these sections which I will be posting regularly between now and the race. Some of the videos are incredible! 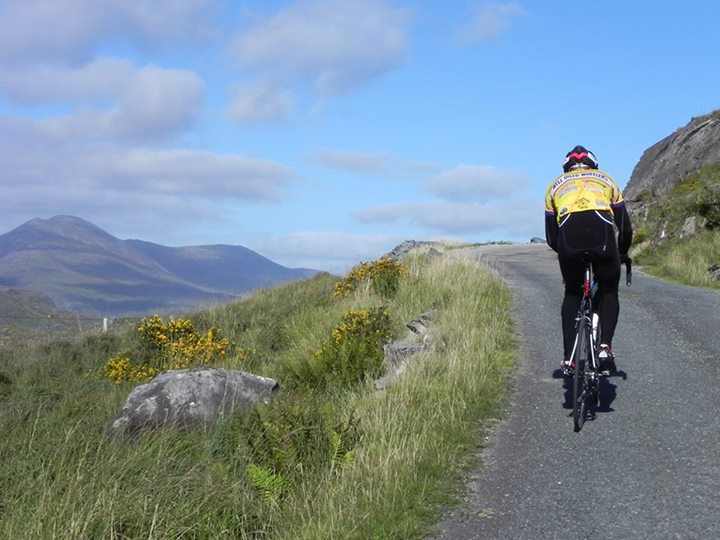